Sometimes, reality is something very difficult to deal with.

Immediately after its release on the website of National Geographic (and in the magazine), the image ‘The Human Cost of COVID-19’ went viral. Within 20 hours, the image reached one million likes and thousands of people reacted in the comments, including comments on the   Facebook and Instagram pagea of is creator photojournalist Joshua Irwandi.

VIRAL started as a photography project about the heroism of doctors and nurses fighting the COVID-19 pandemic in Indonesia, but soon unfolded itself around this one iconic photograph.

Too often images serve as an illustration in a journalistic publication, it seldom happens that one image carries a whole narrative by itself, and defines the human tragedy of what dominates world-news (the global COVID-pandemic). 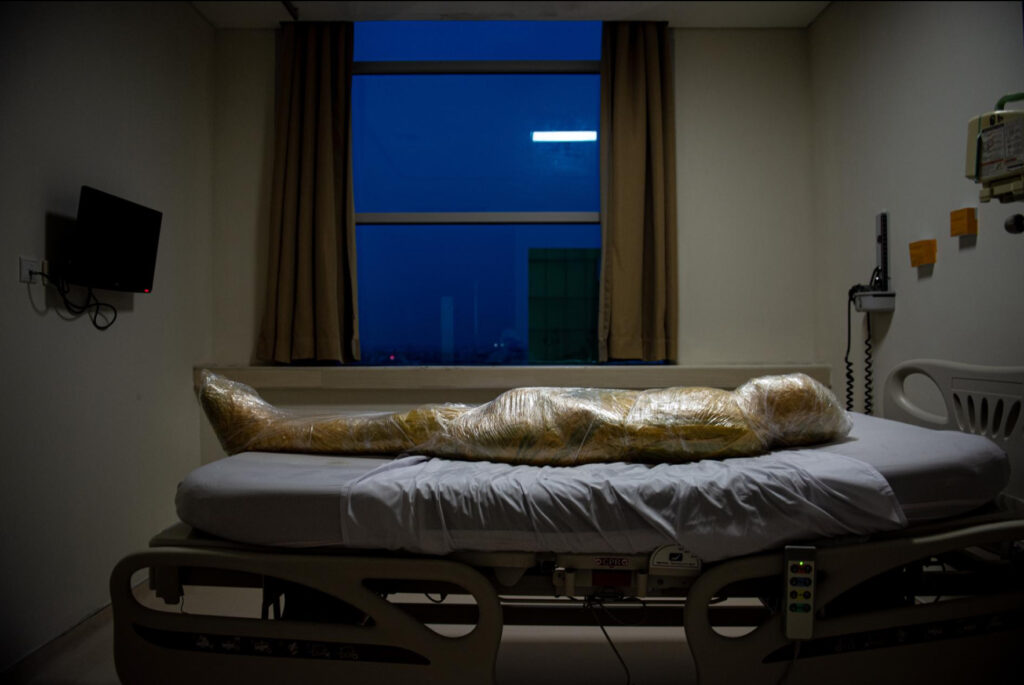 The Human Cost of COVID-19

BredaPhoto showcases what is probably the most iconic, shared, and discussed photograph of the corona pandemic: a suspected COVID-19 victim wrapped in layers of plastic, resembling a mummy, alone on his deathbed at night in a modern hospital ward somewhere in Indonesia.‘
BredaPhoto website

Viral’ is a project by Indonesian photojournalist Joshua L. Irwandi that challenges the viewer to be engaged in the strong emotions that this image provoked. Exclusive for BredaPhoto, the photographer Irwandi reacts in this video on his controversial and much-discussed image. ‘VIRAL-The Human Cost of COVID-19’ is shown during BredaPhoto 09sep-25oct20 at the Former KPN Building.

Forhanna supported photographer Joshua  Irwandi with a grant and enables him to produce his project VIRAL with the help of his sparring partner and project leader Geert van Kesteren, a Dutch veteran war-photographer and filmer.

Forhanna initiated and supported the first exhibition of Irwandi’s work at BredaPhoto that will showcase what is probably the most iconic, shared, and discussed photograph of the corona pandemic to challenge the viewer to be engaged in the strong emotions that this image provoked and to be part of the discussion.

Geert van Kesteren made an exclusive interview and video with Joshua Irwandi in which he reacts to his controversial and much-discussed image. The video will be presented at BredaPhoto and provides content and background information to the VIRAL project. You can watch it underneath.

More about the artist 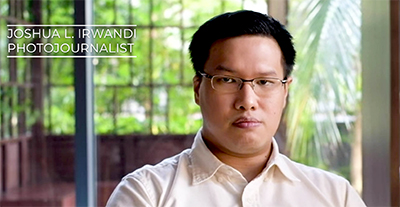 Joshua Irwandi (Jakarta, b. 1991) is an Indonesian photographer based in Jakarta, Indonesia, whose work has appeared in National Geographic, The Times of London, and The Guardian. After having received education in Canada and the United Kingdom, right after graduation in 2015 Irwandi spent a year as museum staff at the Asmat Museum of Culture and Progress in Agats, West Papua. While documenting the change of landscape in Asmat, he encounters first hand the Asmat people, some of the greatest storytellers of all time.

As his stay and involvement prolong over time, not only did his perspective change as a mere photographer seeking the exotic and the sensational. He believes that carrying and chronicling the stories into the future – in various creative means – is the sole responsibility of the person with a recording device.

Irwandi’s drive to be a documentarian is on creating memories, not only in Asmat and his (self)-assigned stories but also in every given photographic opportunity.

This is his core practice and goal as a storyteller.

Irwandi has a MA in Photojournalism and Documentary Photography from the University of Arts in London and a BA in English literature.

More about the project

With VIRAL Joshua Irwandi is creating an engaged and compelling photojournalistic project that uses the universal language of photography as it’s understood by everyone in the world.

Due to the nature and timing of the work, it has a very direct bearing on the current COVID-19 situation.

This is work with immediate relevance, bringing together themes that by nature stand opposed to each other: the right to privacy, the public interest, the interests of the hospital, photographer, and media. Issues that need to be handled very carefully.

It is work that stimulates the public debate on COVID-19, and which contains a warning, and on photojournalism in general.

Images such as this come with a lot of responsibility, and therefore Forhanna supports Irwandi’s work on this basis, by endorsing him a Forhanna Grant for Young Talent, intended to enable the photographer to stimulate the public and professional debate on the do’s and don’ts of photojournalism in the present-day.