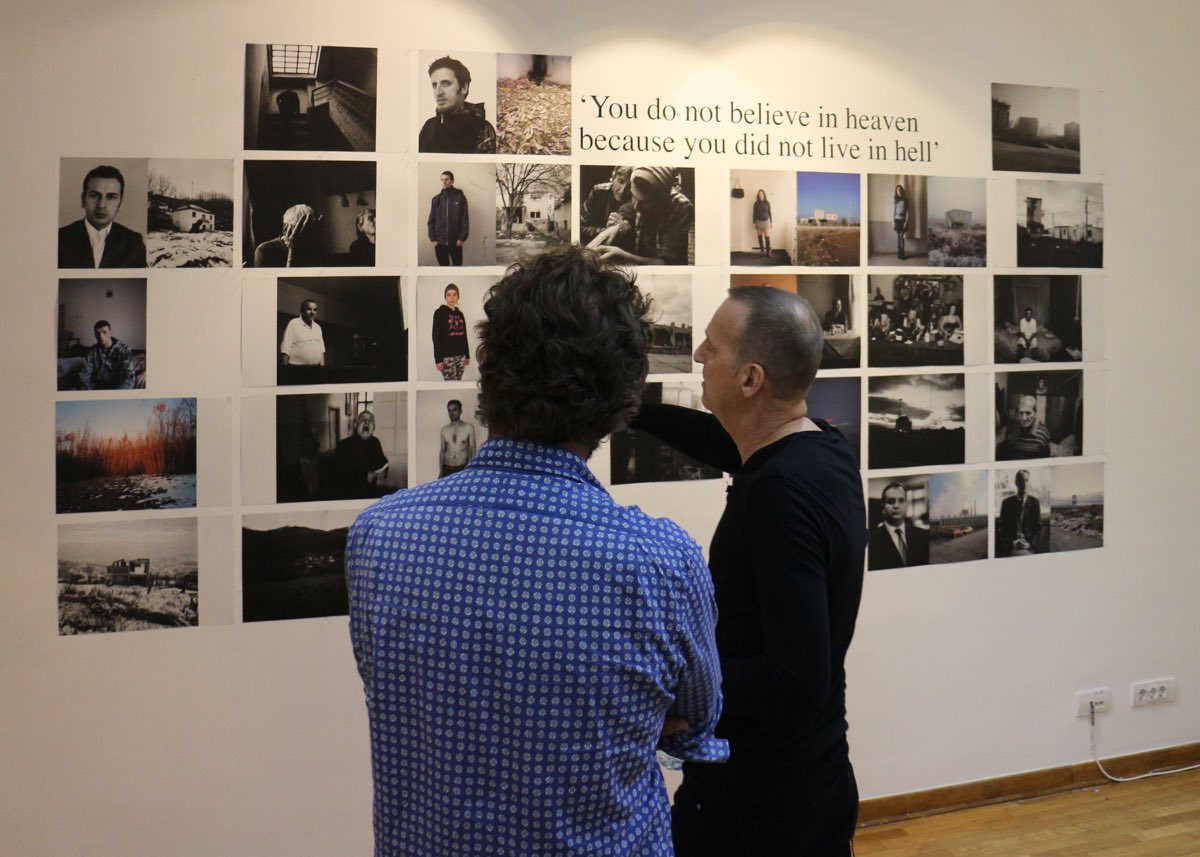 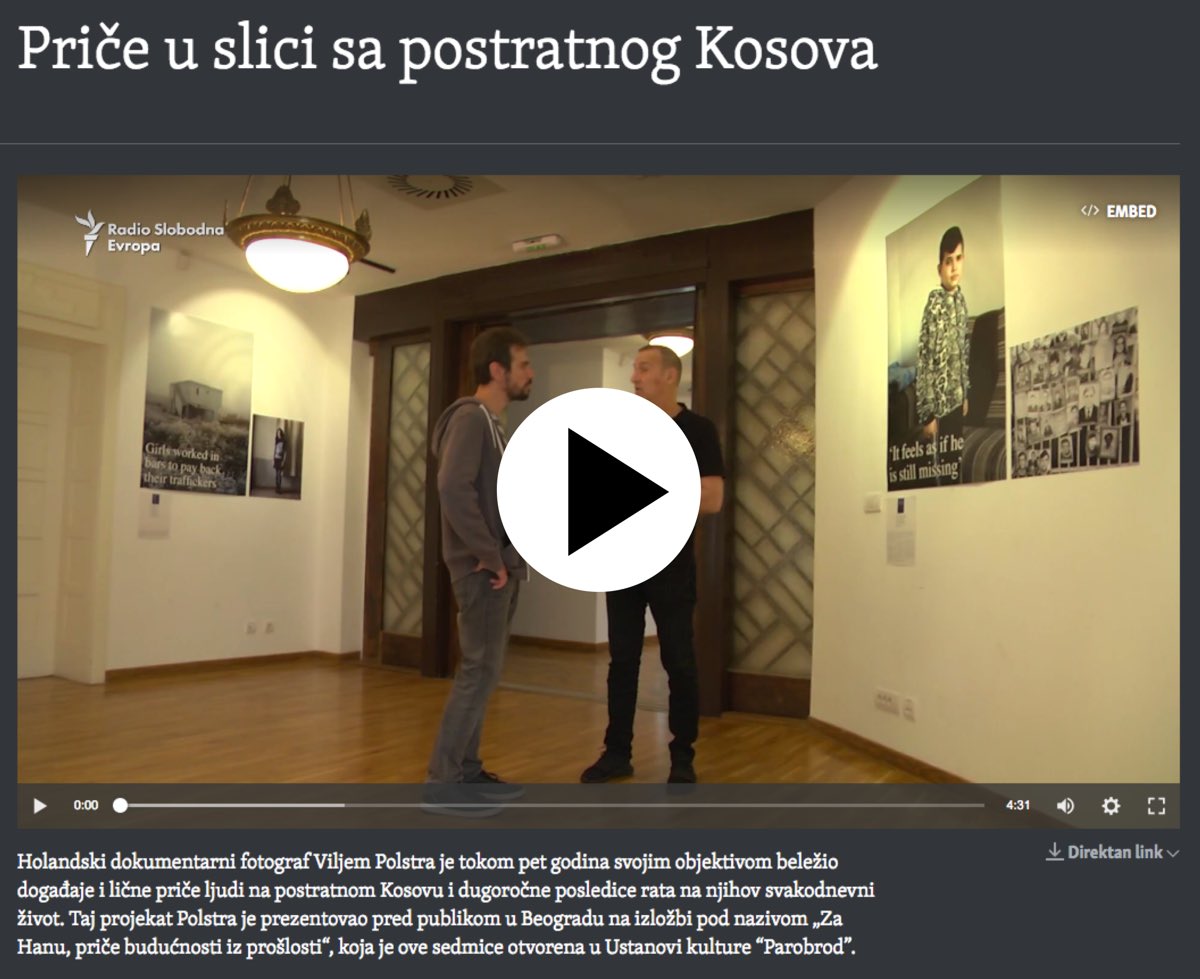 After two years of intense preparation and some setbacks, it finally happened: on Monday 25 June Willem Poelstra’s photo project about the aftermath of the Kosovo War opened in Belgrade, Serbia. for Hanna, Future Stories from the Past will be shown in Parobrod cultural centre for the next three weeks. Parobrod was the only Belgrade venue that dared to host an exhibition on this still very sensitive topic. The exhibition was produced by Forhanna.

Present at the opening on Monday 25 June, was Luuk Nijman of the Embassy of The Netherlands in Serbia who sponsored the exhibition – together with the Swiss Embassy in Serbia and the Dutch Mondriaan Fund. ‘We want to stimulate a dialogue, and a cultural product like this one is very good means’, he said.

Willem Poelstra, although very ill, travelled to Belgrade to attend the opening of this special exhibition and addressed a sizeable audience and representatives of the press.

‘I will answer a question that you haven’t asked yet: am I pro Serbia or pro Albanian? The answer is neither one, I’m independent,’ Poelstra said. He explained that his project focuses on the suffering of common people in conflict areas.

‘Common people just want to drink a coffee with their neighbours and live a normal life. It’s politicians who keep exploiting conflicts for their own political gains. That’s why I didn’t photograph politicians but only normal people,’ said Poelstra. He hopes his project will contribute to understanding and reconciliation. ‘I don’t believe a single documentary project can change the world, but journalism as a collective can.’

Just before the opening Serbian and Kosovar professional photographers attended a three-day masterclass on visual storytelling in Parobrod, organised by Forhanna and funded by the Belgrade Fund for Political Excellence.
The exhibition received positive responses during the opening night. The faculty of fine arts of the Belgrade University of Arts ordered the book for its library.

GRAIN editor-in-chief Igor Coko praised the independent approach of a topic where it’s almost impossible for a local not to take sides. GRAIN, the number one Serbian photography magazine, has published a special issue on the exhibition and organises a debate on the conflict in Kosovo and the role documentary photographers can play on Friday 29 June.