Today we no longer turn to God for answers to difficult questions,
but to an algorithm, a new omniscient entity.

The Believers is the latest work by Dutch documentary photographer and filmmaker Geert van Kesteren (The Netherlands, 1966). Projected on 27 video-screens in the dome prison in Breda, The Netherlands, Van Kesteren shows religious ceremonies in Israel/Palestine next to secular ones. What are the believers looking for?

Based in the Holy Land, the bedrock of Judaism, Christianity and Islam, Van Kesteren delves into the human agenda of faith. He examines how seek unity, belonging, and acceptance in both ancient and modern manifestations. Believers from all over the world come to the Holy Land to participate in centuries-old ceremonies and traditions, in which their faith almost becomes tangible. It all seems light years away from the perception of the atheist Westerner. But are they really that different?

‘Try to see God as the first virtual reality that man has ever created’, says Van Kesteren. ‘Isn’t our current belief in data and algorithms just as religious?’ Recording your experiences, uploading and sharing it with others seems to be a new life goal to many, becoming part of the worldwide data-flow a new way to give meaning. Today we no longer turn to God for answers to difficult questions, but to an algorithm, a new omniscient entity.

Geert van Kesteren worked as a war correspondent for Newsweek and Stern, among others. Amongst his most notable books are Why Mister, Why? (2004) and Baghdad Calling (2008), both focussing on the Iraq War. His works feature in collections of leading museums, including the Rijksmuseum in Amsterdam. He was awarded the prestigious ‘Infinity Award’ of the ICP in New York.

Geert van Kesteren made the transition from a front-line news photography to long-term documentary projects, often adopting innovative methods. He was one of the first people to use footage of other people in times of war. But he was ahead of his time, in 2008 it cost him his membership at Magnum Photos. 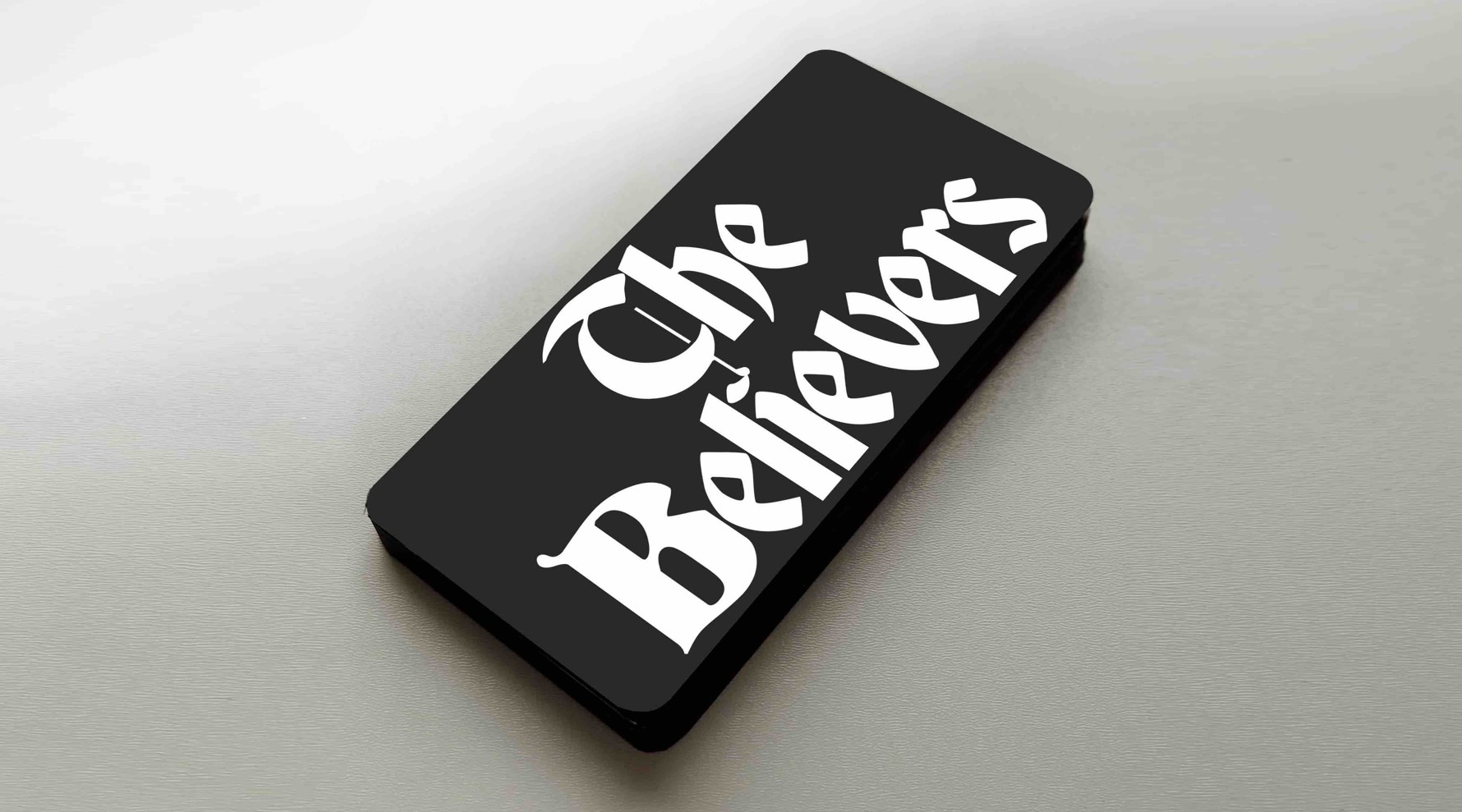 The Believers is one of the highlights of the 2018 edition of the Dutch international photography biennale BredaPhoto. Forhanna helped funding this project and managed the production of a 12 meter-long video-installation made out of 27 video screens. The work is exhibited in the middle of the 19th century dome prison in Breda. Forhanna supported Geert van Kesteren and BredaPhoto during the entire production process.

In addition to the installation, we co-produced Geert van Kesteren’s new book. The Believers (design: Mevis & Van Deursen) will be released on September 5th, 2018. In contrast to the monumental video-installation, which seems to resemble a self-thinking supercomputer, the book has the size of the smartphones which we all use to record and share everything we experience.

If you want to learn more about this project send your contact details to info@forhanna.com.
We will contact you as soon as possible to answer all your questions.

In a preview article on the international photo biennale BredaPhoto, Dutch daily de Volkskrant recommends its readers to visit exhibitions by Geert van Kesteren and Sara, Peter & Tobias. "The moment the 27 video screens all show a security camera that is aimed at...
Read more

Geert van Kesteren has started building the installation of The Believers at the former dome prison in Breda, The Netherlands. The installation was commissioned by the BredaPhoto international photo festival and produced by Forhanna. It's one of the festival’s...
Read more

Help me bring a unique video-installation to life in the Dome-prison in Breda!

Through a multidisciplinary practice that bridges sound, video and photography my installation will tackle the human agenda of faith in relation to technology. The Believers investigates the act of religious ritual and worship – the way people give up their authority...
Read more
Share This